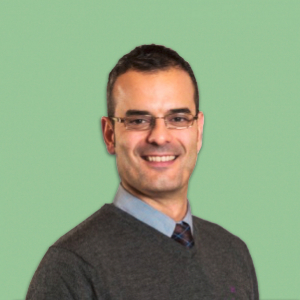 Salvador outlining his project: “Metastasis is the main cause of cancer related death, yet the tumor cells that originate metastasis have not been identified and characterized. This is a particularly relevant issue in cancers that display a high metastatic rate, such as oral squamous cell carcinoma (SCC), the 5th most diagnosed tumor in industrialized countries. The Beug Foundation Metastasis Prize will allow us to perform the initial functional and molecular characterization of a population of cells that we have recently identified which may constitute the cells that generate distant metastasis in patients with SCC. The studies conducted thanks to this prize will set the basis to determine whether modulating the activity of targets selected from our analyses could harbor future anti-metastatic therapeutic potential for patients with metastatic and incurable SCC.”

1 year report : “In 2013 I was awarded the Metastasis prize to investigate the mechanisms that promote lymph node and lung metastasis in patients with human oral cancer. Oral squamous cell carcinoma is the 4th-5th most common cancer in industrialized countries. In spite the increase in social awareness aimed at reducing smoking and alcohol consumption, the number of cases has dramatically increased in the last years. According to this, it is estimated that the mortality associated to this type of cancer will significantly increase in the next 20-30 years. The prognosis of patients with oral cancer is quite poor, with more than 50% of them developing aggressive metastasis within the 5 years of the initial diagnosis. These patients are treated with radiotherapy and conventional chemotherapy, but unfortunately, these therapeutical approaches fail to prevent or reduce the metastatic burden in more than 40% of them. In addition, many patients undergo very aggressive surgery in their oral cavity, which severly diminishes their quality of life since it impairs their ability to properly feed, drink, or speak.

Thanks to the Metastasis prize we started a project aimed at better understanding the mechanisms that promote oral cancer metastasis, with the hope of finding new ways to prevent them or treat them. Interestingly, we have found that in many patients the primary tumor within the oral cavity contains a small population of cells that is already primed to survive and grow in the lymph-nodes and lungs of the patient. Thus, these cells act as the metastasis-initiating-cells. This population of cells is distinct from the rest of the tumor in that it expresses a specific cohort of genes that allow them to thrive at both distant metastatic sites. Importantly, by characterizing their mode of action we have identified means to target them.

This is important for future treatment since our preclinical studies using patient-derived tumor cells from a large cohort of patients shows that targeting these metastatic-initiating-cells almost completely inhibits the metastatic spread in vivo.

With these results we have now applied for a patent, and have obtained three new grants from national and international cancer foundations to continue with our work. In addition, we are starting a collaboration with a pharma company to develop a therapy to target these cells, which we hope in the future could be tested in clinical trials.

We are very greatful to the Beug Foundation for their support and trust in our project.”