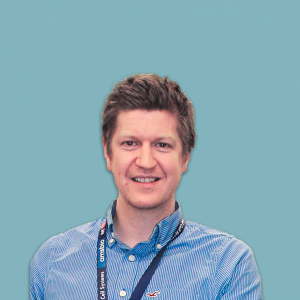 “Metastasis to distant organs often occurs in malignant tumours. Cellular origin and invasion routes of metastatic growths determine not only the sites of tumour spread but also the severity of metastasis. The function of tissues and organs is defined by gene expression profiles that are, in part, orchestrated by epigenetic changes: chemical modification of the DNA and associated DNA binding proteins. I study how the epigenetic patterns relate to the cellular environment. We have previously shown that the genome wide pattern of a specific DNA modification, 5-hydroxymethlycytosine (5hmC), is highly tissue specific.
Furthermore, 5hmC patterns are precisely perturbed in several cancer types as well as following exposure to cancer causing agents. Thus, 5hmC patterns reflect cellular identities as well as molecular perturbation and reflect changes that occur during cancer progression. We will study the genome wide 5hmC patterns in a series of normal tissues as well as primary tumours and matched metastatic tumours using cutting edge DNA sequencing technology. From this study we aim to achieve a better understanding of the molecular events which lead to metastasis, and to test if the 5hmC profiles can identify the tissue of origin in these metastases.”

Report 2017:
The unique identity of a particular cell type is in part regulated by a heritable chemical modification (“epigenetic”) of DNA and associated proteins; these components are related to the regulation of gene expression. Miss-regulation of epigenetic states is a common observation in disease and cancer progression. As epigenetic marks are potentially reversible, the restoration of “normal” patterns may hold therapeutic potential as indicators of cell state. Study of the genome-wide patterns of epigenetic modifications which are placed directly on the DNA itself – such as the methylated (5mC) and hydroxymethylated (5hmC) cytosine bases – holds immense potential towards both understanding disease progression as well as acting as novel clinical tools to help diagnose precise cancer subtypes

Importantly, metastases are associated with ~90% of human cancer deaths whilst a number of patients present without an identified primary tumour, hindering optimal clinical intervention. As such there is an urgent need to understand the events associated with metastasis as well as develop new and early diagnostic screens. Through my work I have shown that the global patterns of 5hmC reflect the identity of the cell type and that these patterns change during development, ageing, in response to chemical toxins and in cancer formation. Through an award from the Beug foundation for metastasis research I have been able to investigate the 5hmC profiles in a number of human tissues including healthy kidney, primary kidney tumours and matched distal metastatic tumours. Through this work I find:
i. High levels of 5hmC pattern reproducibility between two distinct human samples
ii. Clearly reduced levels and patterns of 5hmC in the primary tumour compared to healthy kidney, with a further reduction in the metastatic tumour samples
iii. A number of loci displaying strong changes in genic 5hmC levels between healthy, primary and metastatic samples – many of which can be mechanistically linked to disease progression (i.e. sequential loss of 5hmC healthy > primary tumour > secondary tumour at the E-cadherin locus, the transcriptional downregulation of which has been associated with loss of cellular adhesion, increase in motility and thus increase metastatic potential)

Together this work highlights the utility of 5hmC profiling as a viable method to develop towards clinical assays (low intra-individual variance in healthy tissues, strong changes in disease states) and due to the fact that the secondary tumour retains some of the epigenetic changes also present in the primary tumour provides evidence that such an assay may be useful in cases of unknown primary tumour.

In addition to the scientific benefits of the funding the award has allowed me to be more competitive in securing a number of small research grants and strongly assists in my ongoing applications towards securing independent funding fellowships. I am extremely grateful to the Beug Foundation for their support in the project.