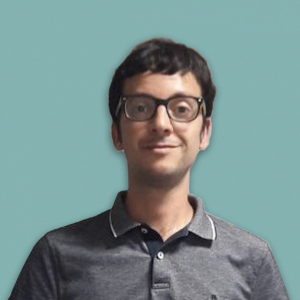 Recent advances in biophysics have underscored the importance of physical alterations of the tumor microenvironment in promoting metastatic dissemination. More specifically, it was observed in vivo that rigidity gradients participate in the process of cell dissemination in colorectal cancer. In vitro, fibroblasts have the capacity to do durotaxis, meaning to follow rigidity gradients going towards stiffer regions. However, cancer cells have lost this ability. I noticed that CAFs (cancer associated fibroblasts) do not only durotax, but also transmit durotactic information to cancer cells, thereby rendering them again sensitive to rigidity gradients. CAFs possess adhesive structures enriched in integrins and clathrin and when they move on stiff substrates, they leave such structures behind generating CAF-tracks that can be directionally followed by cancer cells. Aim of my research will be to selectively inhibit such structures only on CAFs to eliminate CAF-tracks responsible of durotaxis transfer to cancer cells. Concomitantly, I will study how cancer cells recognize CAF-tracks. This is most likely mediated by plasma membrane receptors, so I will analyze CAF-tracks by mass spectrometry to identify putative receptor-ligands that could represent new targets to tackle metastatic dissemination.

Physical modifications of the tumor’s stroma are increasingly being viewed as active players in cancer progression. For example, cancer cells from breast and colon tumors were shown to evade from the primary tumor along rigidity gradients, hinting that rigidity gradients could facilitate metastasis. Indeed, fibroblasts are known for their ability to durotax in vitro, meaning that they actively migrate towards regions of higher stiffness. However, highly migratory cancer cells are not good at durotaxis thus raising the question whether rigidity gradients participate in tumor cell dissemination.

Cancer associated fibroblasts (CAFs) assist cancer cell migration by several means and are excellent at performing durotaxis. CAFs can outnumber cancer cells in highly desmoplastic tumors, and this is often the case in colorectal cancers. However, CAFs are still under investigated and systems taking into account CAFs and cancer cells at the same time are still rare.

By using immortalized human CAFs of colorectal cancer origin, I was able to show that CAFs can transmit durotactic abilities to cancer cell. When migrating, CAFs leave behind tubular membranous structures that form tracks which are subsequently identified by cancer cells that directionally migrate along them. Following these CAF-tracks, cancer cells become able to migrate along rigidity gradients and thus potentially improve their chances to metastasize.

Hence, by studying this collaborative migration using CAFs and cancer cells, I aim at identifying new targets to dampen metastatic dissemination that could not be individuated by focusing on only one cell type at the time.

With the generous support of the Beug Foundation, I was able to perform proteomics on CAF-tracks. In parallel, I pinpointed the adhesion mechanism used by breast and colon cancer cells to adhere on CAF-tracks. Surprisingly, focal adhesions, the main adhesion structures of cells, were found to be dispensable for migration on CAF-tracks. Instead, cancer cells exploit the adhesive capacities of clathrin-coated structures to interact with CAF-tracks. During the lockdown period imposed by the Covid pandemics, we conceptualized the hypothesis of frustrated endocytosis, whereby clathrin-coated structures form around a plasma membrane receptor in order to internalize it, but being the receptor bound to a substrate, it opposes a resistance to the internalization process. The resulting frustrated endocytic structure can support cellular adhesion.

Given that clathrin-coated structures form around plasma membrane receptors, cancer cell adhesion on CAF-tracks ought to depend on one or more receptors present on CAF-tracks. Using this selection criteria, I extrapolated a list of candidate proteins from the proteomics data and I am currently testing each of the candidates for their ability to induce cancer cell adhesion.

Additionally, I deepened the characterization of the origin and structure of CAF-tracks with the ultimate aim of understanding how CAF-tracks topology and geometry affect cancer cell migration. The help of the Beug Foundation was instrumental to develop the interdisciplinary collaborations necessaries to develop this branch of the project and to secure additional funding to pursue the study of durotaxis transfer between CAFs and cancer cells.