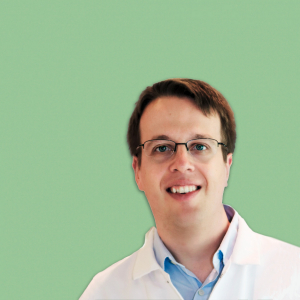 “Hematopoetic and lymphatic metastasis is responsible for more than 90% of deaths from cancer. We recently found that cells utilize the splicing rate of Detained Introns (DIs) to systematically and coordinately govern gene expression programs. ES cells utilize this mechanism to enter post-mitotic states, whereas tumor cells use the systematically deregulated splicing of DIs to strengthen their proliferative capacities. DI-based regulation of gene expression seems to be particularly important when cells rapidly rewire their gene expression landscape while adjusting to new functional requirements. During metastatic progression, tumor cells require such fundamental changes in gene expression to survive extreme environments that impose major obstacles such as lack of oxygen and nutrient supply. I will systematically elucidate the role of DI-governed gene expression programs during metastasis. To do so, I will first analyze differential levels of DI inclusion in matched metastatic and non-metastatic breast cancer cells by RNAseq. These data sets already exist, are well controlled, optimized for gene expression studies and publically available. I will then perform functional enrichment analyses to enrich for DI-regulated genes within metastasis-relevant gene sets such as cellular adhesion and invasion. In a second step, I will screen previously identified pharmacological inhibitors of DI biology for their impact on pro-metastatic DI-based gene expression programs.”

Both the cancer research landscape and clinical care for tumor patients undergo rapid and groundbreaking changes: Tumor entities are redefined based on molecular findings, treatment options such as immunotherapy can now be tailored to precisely interfere with defined processes and therapeutic approaches start to be more and more personalized. To foster these developments, it is key to understand tumor cell intrinsic and extrinsic vulnerabilities. Metastasized breast cancer is no exception to that: Among others, better and molecularly targeted systemic treatment options have led to a significant improvement of five-year survival rates over the last decades. However, most women diagnosed with late stage disseminated breast cancer still eventually succumb to the disease. My group is particularly interested in defining cell intrinsic processes, which support cancers in rewiring their cellular signaling cascades to fuel oncogenic requirements such as stress-tolerance and migration. We previously demonstrated that specific nervous system tumors influence the splicing rate of so-called “Detained introns” (DIs) in order to enhance the expression of proliferation-related gene sets, which can be exploited for cancer therapy. I am very grateful that the Beug foundation has recently supported me to explore whether similar processes are employed during tumor metastasis. In order to answer this question, we analyzed the levels of DI inclusion in matched metastatic and non-metastatic breast cancer cell lines. We found that indeed the splicing rate of specific introns differs significantly in metastasizing cells when compared to their resident counterparts. We next wondered whether this process is utilized systematically to support the process of cell migration and metastasis and employed state-of-the-art functional pathway enrichment tools. Excitingly, we found that indeed metastasizing cells systematically alter signaling pathways related to cell polarity and invasion by changing DI inclusion levels. The Beug foundation seeding grant together with this very confirmative data now puts us in a position to apply for more funding in order to systematically explore our findings.